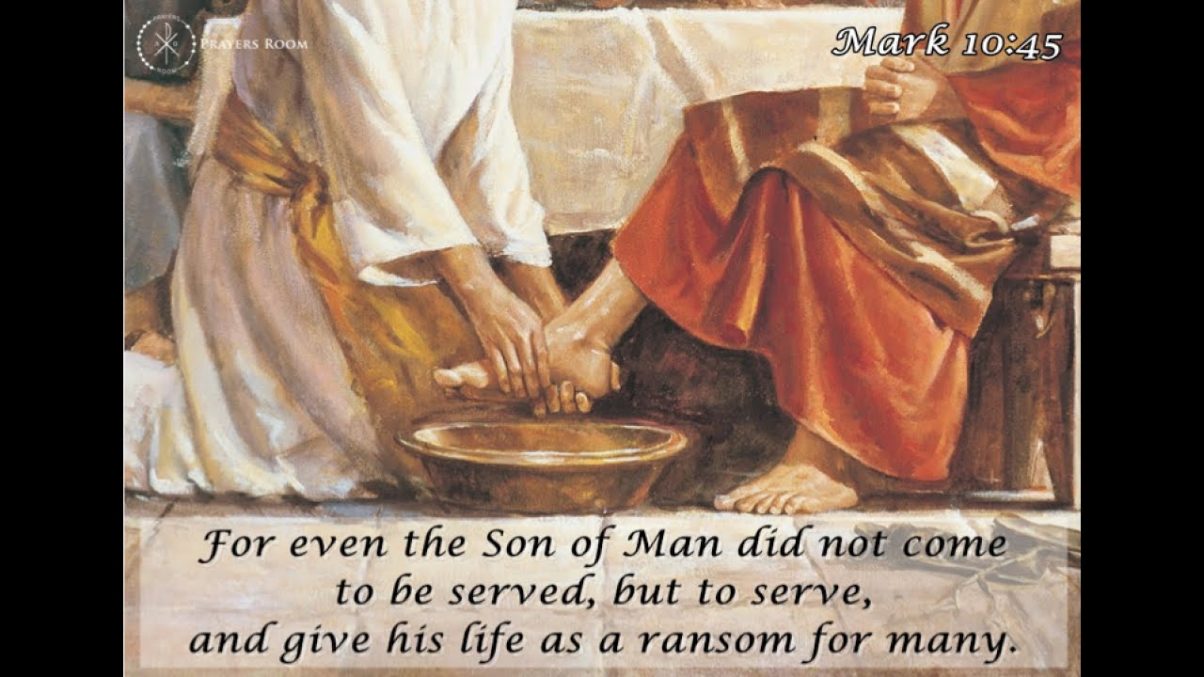 The Way to True Greatness is Through Service

And they were on the road, going up to Jerusalem, and Jesus was walking ahead of them. And they were amazed, and those who followed were afraid. And taking the twelve again, he began to tell them what was to happen to him, saying, “See, we are going up to Jerusalem, and the Son of Man will be delivered over to the chief priests and the scribes, and they will condemn him to death and deliver him over to the Gentiles. And they will mock him and spit on him, and flog him and kill him. And after three days he will rise.” And James and John, the sons of Zebedee, came up to him and said to him, “Teacher, we want you to do for us whatever we ask of you.” And he said to them, “What do you want me to do for you?” And they said to him, “Grant us to sit, one at your right hand and one at your left, in your glory.” Jesus said to them, “You do not know what you are asking. Are you able to drink the cup that I drink, or to be baptized with the baptism with which I am baptized?” And they said to him, “We are able.” And Jesus said to them, “The cup that I drink you will drink, and with the baptism with which I am baptized, you will be baptized, but to sit at my right hand or at my left is not mine to grant, but it is for those for whom it has been prepared.” And when the ten heard it, they began to be indignant at James and John. And Jesus called them to him and said to them, “You know that those who are considered rulers of the Gentiles lord it over them, and their great ones exercise authority over them. But it shall not be so among you. But whoever would be great among you must be your servant, and whoever would be first among you must be slave of all. For even the Son of Man came not to be served but to serve, and to give his life as a ransom for many.”