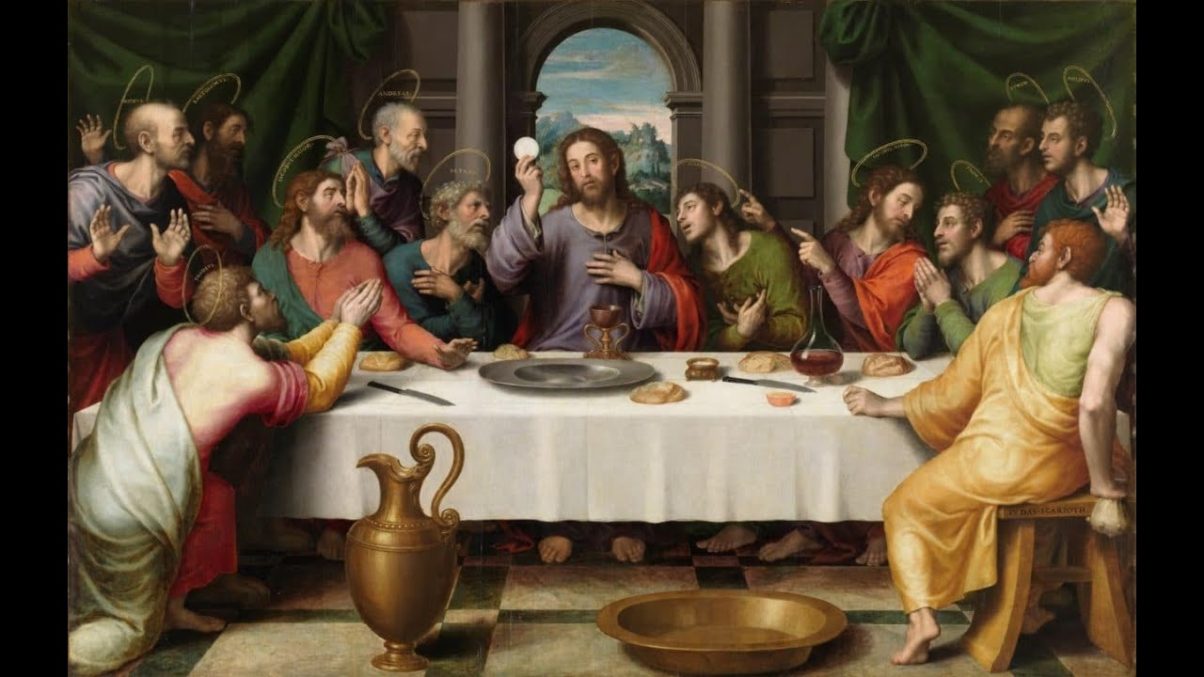 The Last Supper: A Place for a Feast

And on the first day of Unleavened Bread, when they sacrificed the Passover lamb, his disciples said to him, “Where will you have us go and prepare for you to eat the Passover?” And he sent two of his disciples and said to them, “Go into the city, and a man carrying a jar of water will meet you. Follow him, and wherever he enters, say to the master of the house, ‘The Teacher says, Where is my guest room, where I may eat the Passover with my disciples?’ And he will show you a large upper room furnished and ready; there prepare for us.” And the disciples set out and went to the city and found it just as he had told them, and they prepared the Passover. And when it was evening, he came with the twelve. And as they were reclining at table and eating, Jesus said, “Truly, I say to you, one of you will betray me, one who is eating with me.” They began to be sorrowful and to say to him one after another, “Is it I?” He said to them, “It is one of the twelve, one who is dipping bread into the dish with me. For the Son of Man goes as it is written of him, but woe to that man by whom the Son of Man is betrayed! It would have been better for that man if he had not been born.” And as they were eating, he took bread, and after blessing it broke it and gave it to them, and said, “Take; this is my body.” And he took a cup, and when he had given thanks he gave it to them, and they all drank of it. And he said to them, “This is my blood of the covenant, which is poured out for many. Truly, I say to you, I will not drink again of the fruit of the vine until that day when I drink it new in the kingdom of God.” And when they had sung a hymn, they went out to the Mount of Olives.